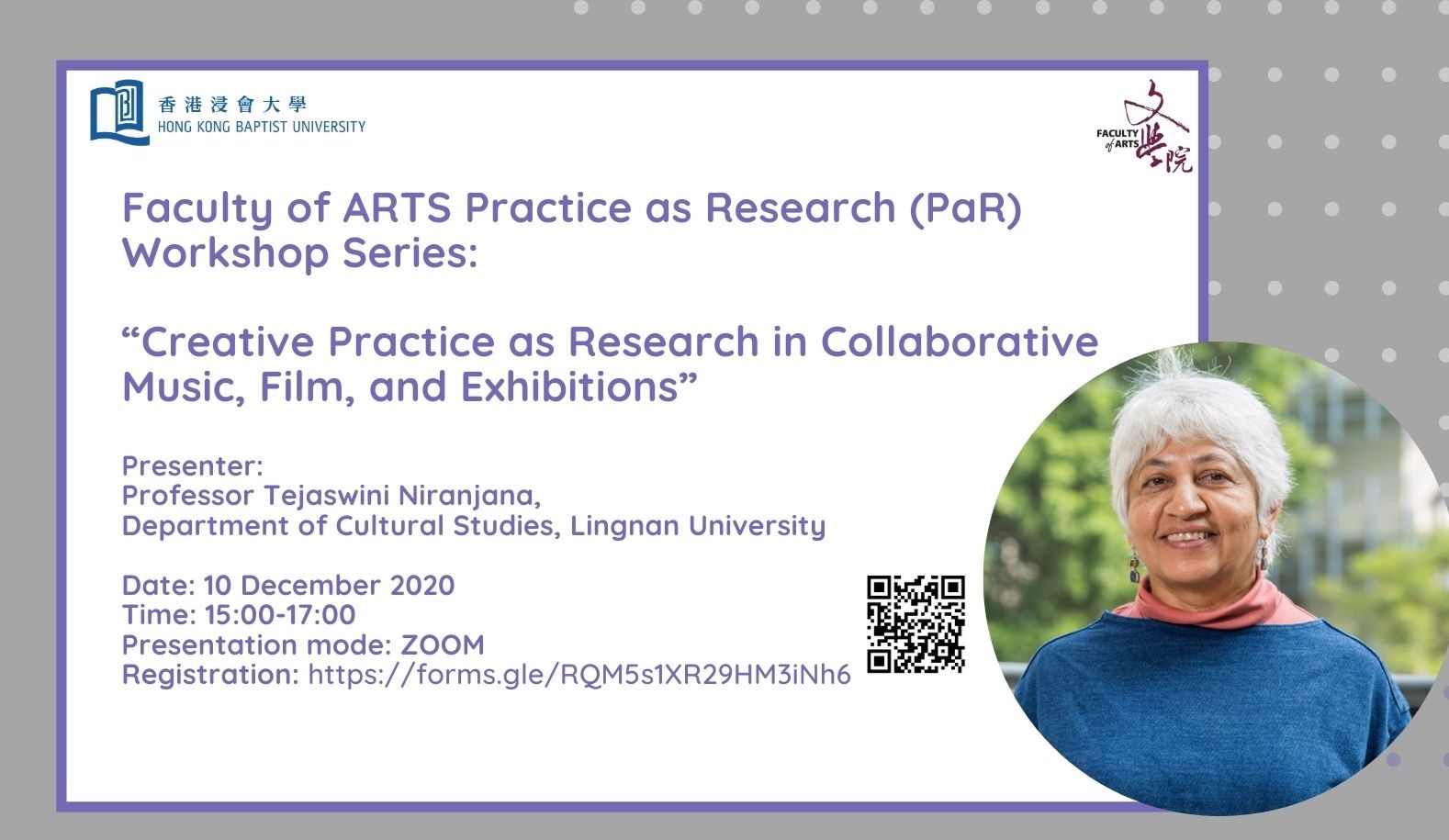 The HKBU Faculty of ARTS aims to cultivate new approaches to Practice as Research among its creative researchers with a new, ongoing workshop series on PaR featuring prominent guests working across disciplines and national boundaries. In this inaugural series workshop, it welcomes scholar-practitioner Professor Tejaswini Niranjana of Lingnan University. This workshop will focus on her experience in PaR through her work with vocal musicians, a film-maker, architects, and an exhibition designer in three different projects over the past fifteen years. In 2004, Prof. Niranjana took an Indian rock-pop singer to the Caribbean along with a film crew for project development. During 2012-2017, she did participant observation amongst Hindustani musicians in Mumbai, conducting research alongside the filming of a documentary, and she also curated an exhibition in which she created installations based on her research. Since 2016, she has been curating musical collaborations between Indian musicians and their counterparts in Hong Kong and China. In her ZOOM talk, Prof. Niranjana will offer some reflections on these three projects, speculating how practice and research come together in different ways in each.

Biography
Tejaswini Niranjana is currently Professor and Head, Department of Cultural Studies, Lingnan University, Hong Kong. She is co-founder of the Centre for the Study of Culture and Society, Bangalore, which offered an innovative inter-disciplinary PhD programme from 2000-2012. Her monographs include Mobilizing India: Women, Music and Migration between India and Trinidad (2006), and Musicophilia in Mumbai: Performing Subjects and the Metropolitan Unconscious (2020), both from Duke University Press. Among her edited volumes is Music, Modernity and Publicness in India (Oxford UP, 2020). She is co-producer of three documentary films relating to music, and curator of the Saath-Saath music collaboration project.