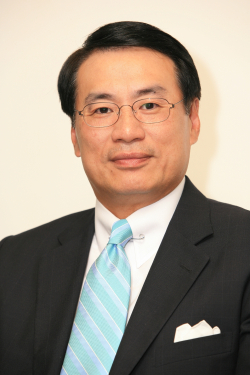 Prof. William Leung is Executive Director and Group Deputy Chief Executive Officer of Sun Hung Kai and Co. Ltd. and Chief Executive Officer of Sun Hung Kai Financial Ltd. After graduating from Hong Kong Baptist College in 1978 with a degree in English Language and Literature, Prof. Leung has established himself as one of the most successful professionals in the banking and financial sector. He has held various senior positions in prominent global financial institutions such as American Express, Standard Chartered Bank, Visa International, MasterCard International and Hang Seng Bank. He is renowned for his creativity and has launched a number of innovative products that have been remarkably successful.

Prof. Leung has distinguished himself as a staunch supporter of HKBU, serving various roles as an alumnus and as an expert in the financial sector. He served as Treasurer of the University Council and Court for six years. During his tenure, Prof. Leung spared no efforts in working with senior management to develop the University’s long-term financial strategy. He also serves as Treasurer of the Board of Governors and Chairman of the Alumni Committee of the HKBU Foundation since its establishment, where he further provides inspirational ideas on the University’s fundraising strategy. Prof. Leung also introduced the idea of “Alumni Sharing Forum” which aims to provide students with an outside-of-classroom learning opportunity while at the same time celebrating the success of HKBU alumni. In addition, Prof. Leung is a regular face at various University events and a generous donor in support of the University’s projects as well as the development of sports activities. An Honorary University Fellowship was conferred on him in 2013.

Prof. Leung has also made significant contributions to the development of arts and cultural activities and human resources across Hong Kong. He serves as Chairman of Council of the Hong Kong Academy for Performing Arts, Chairman of the Employees Retraining Board, Chairman of the Governing Board of Hong Kong Creative Arts Centre (an HKBU community project) and a member of the Consultation Panel of the West Kowloon Cultural District. In recognition of his meritorious public and community service, Prof. Leung was appointed Justice of the Peace in 2005 and was honoured with a Bronze Bauhinia Star in 2009 by the HKSAR Government. 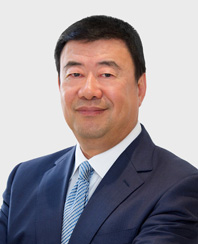 Dr. Liu Chak-wan is Chairman of Liu’s Commerce and Industry Ltd. He graduated from the Department of English Language and Literature of Hong Kong Baptist College in 1974 and later obtained a Master’s degree in Business Administration from East Asia University in Macau. Dr. Liu’s sharp business acumen has made him a very successful entrepreneur. He has established more than 10 enterprises in different sectors including Transmac-Transportes Urbanos de Macau SARL and Liu’s Technology Ltd.

Dr. Liu has received multiple awards and accolades including the Medal of Industrial and Commercial Merit from the Government of Macau, and the Grand Officer Medal of Agricultural, Commercial and Industrial Merit from the Government of the Republic of Portugal. The International Management Centres Association in the United Kingdom conferred on him an Honorary Doctorate of Business Administration.

Dr. Liu has been a steadfast supporter of HKBU and has made generous donations to the University, serving various roles as an advisor on HKBU 50th Anniversary Committee, an Honorary Court Member of the University since 2007 and a member of the Board of Governors of the HKBU Foundation since 2009. In 2007, Dr. Liu was named Honorary University Fellow at HKBU.

Being a tireless philanthropist, Dr. Liu cares about community welfare, including education and cultural development in Mainland China. 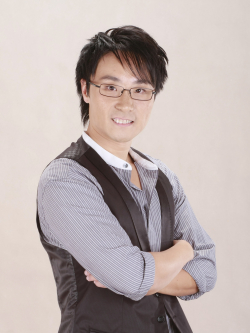 Dr. Matthew Lui is Youth Pastor and Director of Education of Grace Christian Chapel in Canada, and Director of Footprint Evangelism. In 1999, he graduated from the Department of Religion and Philosophy at HKBU with first-class honours. In 2006, he received the Hong Kong Ten Outstanding Young Persons award.

Dr. Lui’s extraordinary life story has inspired many people. He grew up in a single-parent family and was raised by his grandmother on social welfare assistance. Dr. Lui lacked the care that a child should receive and went down the wrong path at a young age. He scored poorly in the Hong Kong Certificate of Education Examination, however, his results improved significantly on his second attempt owing to his hard work along with the care and guidance from his church fellows. He then decided to study Religion and Philosophy at HKBU, which he describes as a life-changing experience.

Dr. Lui became a teacher of General Studies after graduation. He continued to pursue his studies and obtained a Master’s degree in Divinity, a Master’s degree in Business Administration, and a Doctoral degree in Philosophy. He was a member of the Commission on Youth and has done a lot of voluntary work which included sharing at prisons, hospitals and churches as well as organising seminars and workshops for youths and parents. In recent years, Dr. Lui has been a columnist for several newspapers, a radio presenter and a TV host. A prolific writer, he has written more than 10 books. His first book, HKCEE Failure becomes the Mystical Kid, was one of the award winners at The 18th Annual Good Books Billboard of Secondary Schools, and was named The Year’s Favorite Character/Biography by Hong Kong Education City in 2005. He has been invited to share his remarkable story and his message of perseverance at schools, churches, and even enterprises. So far, he has delivered over 3,000 speeches around the world.

Deeply connected with his alma mater, he once served as President of the Religion and Philosophy Society and Evangelistic Officer of the Christian Student Union. After graduation, he was frequently seen on the HKBU campus sharing with students and helping to promote the Department. He is currently an Honorary Member of the Court of HKBU. 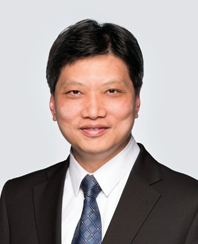 Dr. Poon Po-chiu is Principal of Ju Ching Chu Secondary School (Yuen Long). He graduated from the Department of Chinese Language and Literature of Hong Kong Baptist College in 1988 and obtained a Bachelor of Arts degree at the College in 1991. He then attained a Master’s degree in Arts at Sun Yat-sen University and a Postgraduate Diploma in Education at The Chinese University of Hong Kong. He also gained his Master of Philosophy and Doctor of Philosophy degrees from The University of Hong Kong in 1996 and 2002 respectively.

Dr. Poon is keen on creative writing. He has written 15 books and many essays, some of which were shortlisted for inclusion in anthologies printed by local and overseas publishing houses and as teaching material for courses of secondary schools and universities. So far, he has delivered over 100 speeches with topics covering creative writing, literature appreciation, teachers’ professional development and Chinese opera. He is a member of China Writers Association and was invited as judge for Awards for Creative Writing in Chinese, Intervarsity Creative Writing Competition and Youth Literary Awards. He is currently Advisor of Hong Kong Literature Promotion Platform of Hong Kong Baptist University.

Mr. Francis Mak first graduated from the Department of Chinese Language and Literature of Hong Kong Baptist College in 1978 and obtained a Master’s degree in Communication at HKBU in 2005. He is a renowned programme host in the Digital Broadcasting Corporation Hong Kong Limited. For over 30 years, Mr. Mak has made his mark as one of the most notable radio broadcasters and programme hosts in the radio broadcasting industry. During his work at Radio Television Hong Kong, Commercial Radio Hong Kong and Digital Broadcasting Corporation Hong Kong Limited, Mr. Mak has produced and hosted many popular and successful phone-in radio programmes including “Meeting Titanic On A Starry Night” and “My Heart Will Go On”. Through these programmes, he has been touching the hearts of a wide audience and spreading positive energy in the community.

His commitment to his profession has earned him many awards and accolades. His programmes ranked top 10 favourite and he himself was recognised as top 10 favourite DJ many times. In 2009, he received the Distinguished Alumni Communicator Award from the School of Communication of HKBU for his substantial contribution to the communication sector. In addition, Mr. Mak has devoted himself to guiding the youth with his first-of-its-kind Never Give Up Association, which through various innovative training programmes, teaches youngsters how to manage stress during the period of frustration and anxiety. Mr. Mak was awarded the Medal of Honour in 2005 and a Bronze Bauhinia Star in 2011 by the HKSAR Government to recognise his dedication in promoting optimism and positive attitudes in the community.

Mr. Mak is also a committed alumnus who cares about the University and has been supporting his alma mater in many different ways. He was a member of the programme advisory committee of the Department of Chinese Language and Literature and the Humanities Programme of HKBU. He has also served as a master of ceremony for a number of the University functions such as the HKBU 55th Anniversary Gala Performance, Alumni Reunion Dinners and Alumni Investiture Ceremonies. Mr. Mak was appointed Adjunct Professor of the School of Communication of HKBU in January 2014. He will be invited to give lectures and participate in special projects and events of the University. 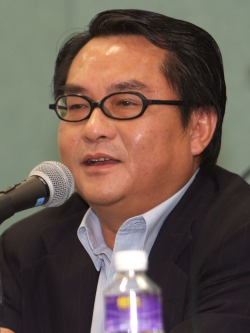 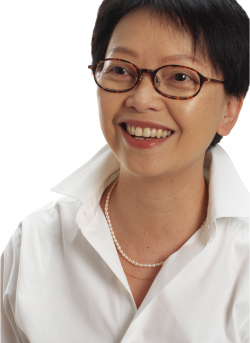